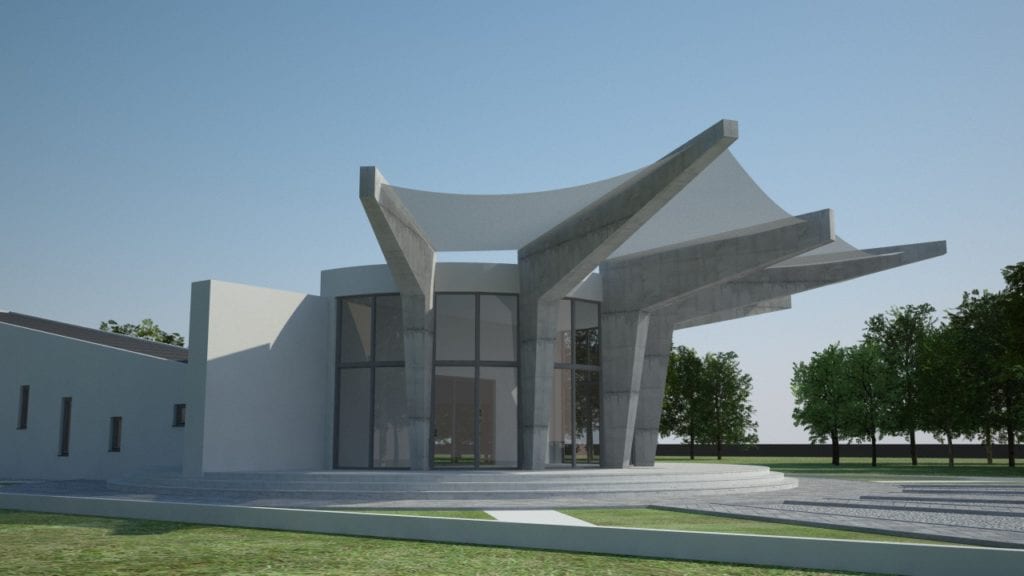 The Roma Memorial Center Uštica is being built near the Roma cemetery in the eponymous village near Jasenovac, where at least 17,000 Roma were deported, tortured and killed during World War II. So far, 21 mass graves have been found in the village of Uštica with the bodies of murdered Roma, including numerous women and children.

The Roma Memorial Center Uštica is being built to permanently commemorate the greatest crime against the Roma, the genocide committed by the Nazi and Ustaša regimes during World War II. During this darkest period of our modern history, between 250,000 and 500,000 Roma were killed in Europe, after being systematically persecuted, imprisoned in ghettos or taken to concentration camps.

This permanent memorial aims to raise the public awareness of the horrors which Roma victims suffered during World War II, in Europe and Croatia, respectively. Their ordeal, which Roma themselves refer to as Samudaripen (Romani: mass killing), has long been a neglected part of reality not being sufficiently taught in schools, researched by scientists or discussed in public. For these reasons, the Roma Memorial Center serves to educate, inform, and further investigate the fate of Roma.

The Roma Cemetery in Uštica today is the place of the largest gathering of Roma in Croatia, during the commemoration of the International Roma Genocide Remembrance Day (2nd of August). The Roma Memorial Center aims to become a meeting place not only for members of the Roma national minority, but for all who wish to pay tribute to the victims and continue an open dialogue on the subject.

We are using cookies to give you the best experience on our website.AcceptDecline